The ArenaUnity package can be used to collaboratively stage and edit ARENA scenes. Be sure to use the project setup instructions to install the package. For the Runtime interface, see the ARENA Unity Runtime instructions.

In the Unity Editor, pressing Play will begin the signin authorization flow.

Since the ARENA uses GLTF models as a web-friendly format, it is useful to know how to export your Unity work as a GLTF model, which the ARENA web can render. 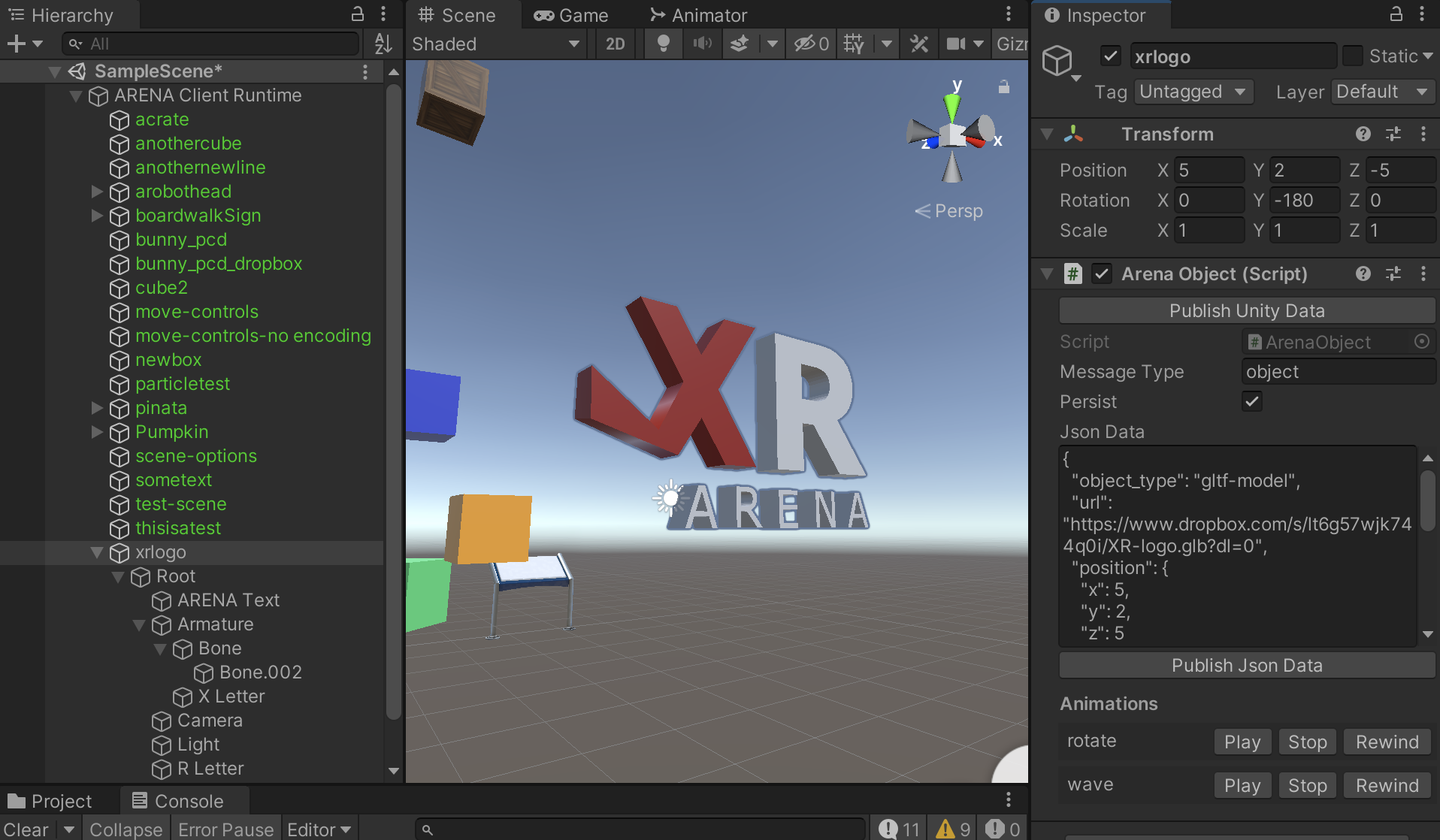 This is a display of the currently focused Camera in the scene.

In the Inspector: ArenaClientScene object option Camera For Display, select from other cameras present on the MQTT bus. Caution: Some GLTF models also come with embedded Camera objects which may show up here.

This is the editor’s view of the scene, allowing you to manipulate object Transforms graphically using toolbar options.

Use the Unity controls.

Any imported models, images or other resources are stored locally here in the Assets/ArenaUnity folder, mimicking their own URL structure. You can review sub-elements of GLTF models here and their animations. To save space and download time, any video and audio files are not yet imported.

The Console will output status, warning, and error logging here as well as MQTT messages you specify here according to the Log Mqtt options specified in the next section.

The ArenaClientScene Script controls the connection and authentication to the ARENA MQTT broker, as well as some client-side ARENA scene state.

The ArenaObject Script monitors Transform and Name changes to an ARENA object, as well as a few other requests, like delete. It also allows the user to manually edit and update ARENA object JSON message data.

The ARENA Mesh Tool is a Unity CustomTool which allows you to manipulate the Mesh dimensions of ARENA primitive geometries without having to modify the Scale component to change the size of an object. Scale is inherited by children objects and Mesh is not inherited.