You can use the ARENA to setup a 360° panoramic streaming video room, or several rooms with a video camera like the 360° Ricoh Theta Z1 or Theta X.

To ensure the upload of the 360 video stream isn’t diminished before other users get a chance to download it, each 360 camera should have:

Setup a scene where the 360 video stream encompasses the entire world, and while other users can move in it, the “walls” of the video are 5000 meters away, so even if users move, the videosphere walls appear to stay in place. This 5000 meter radius is the default for a videosphere object. 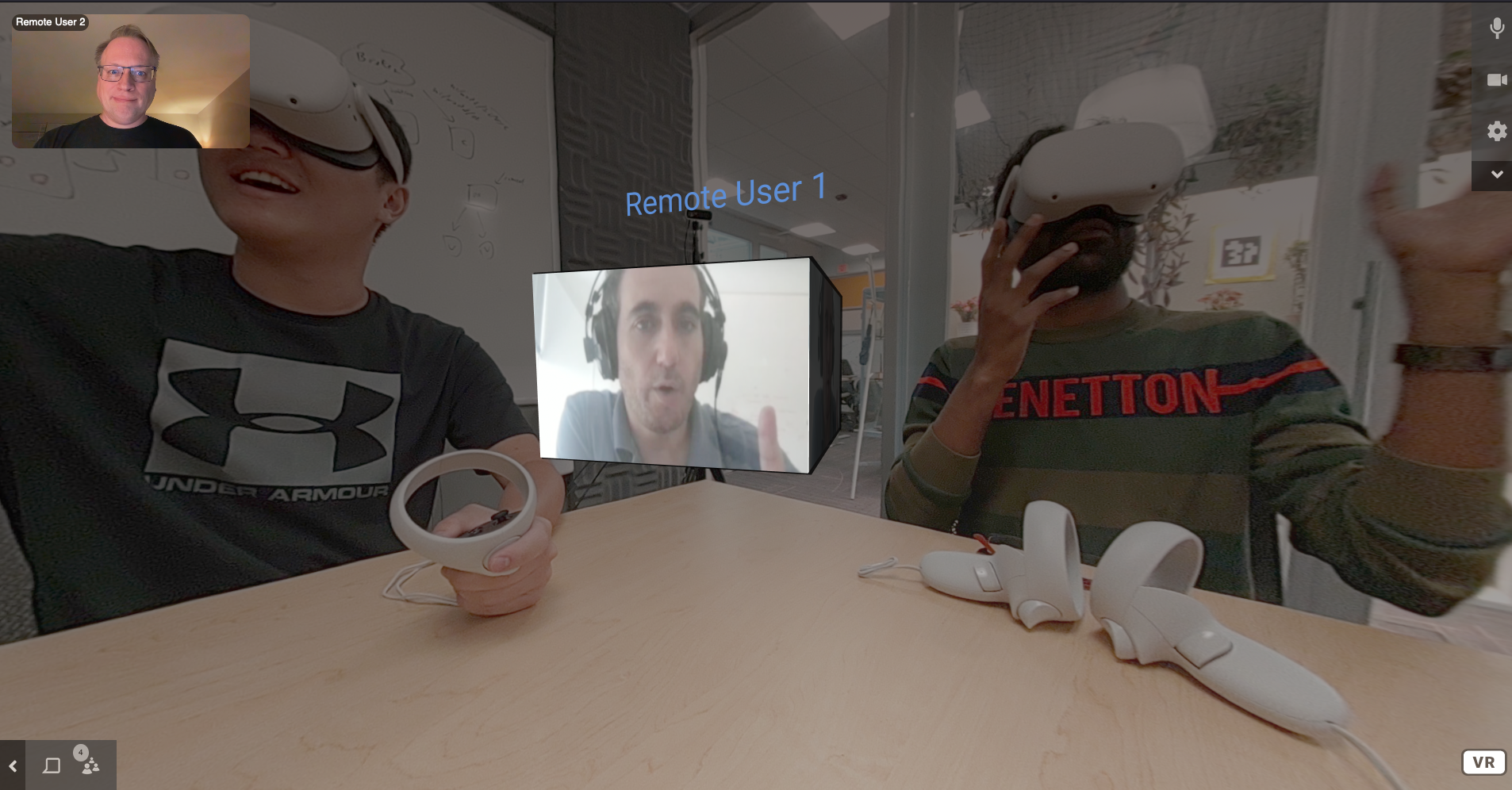 Match a videosphere to a space in a scanned model of a space or room. Users may feel like they are joining you live and can enter and leave a “streaming” room. 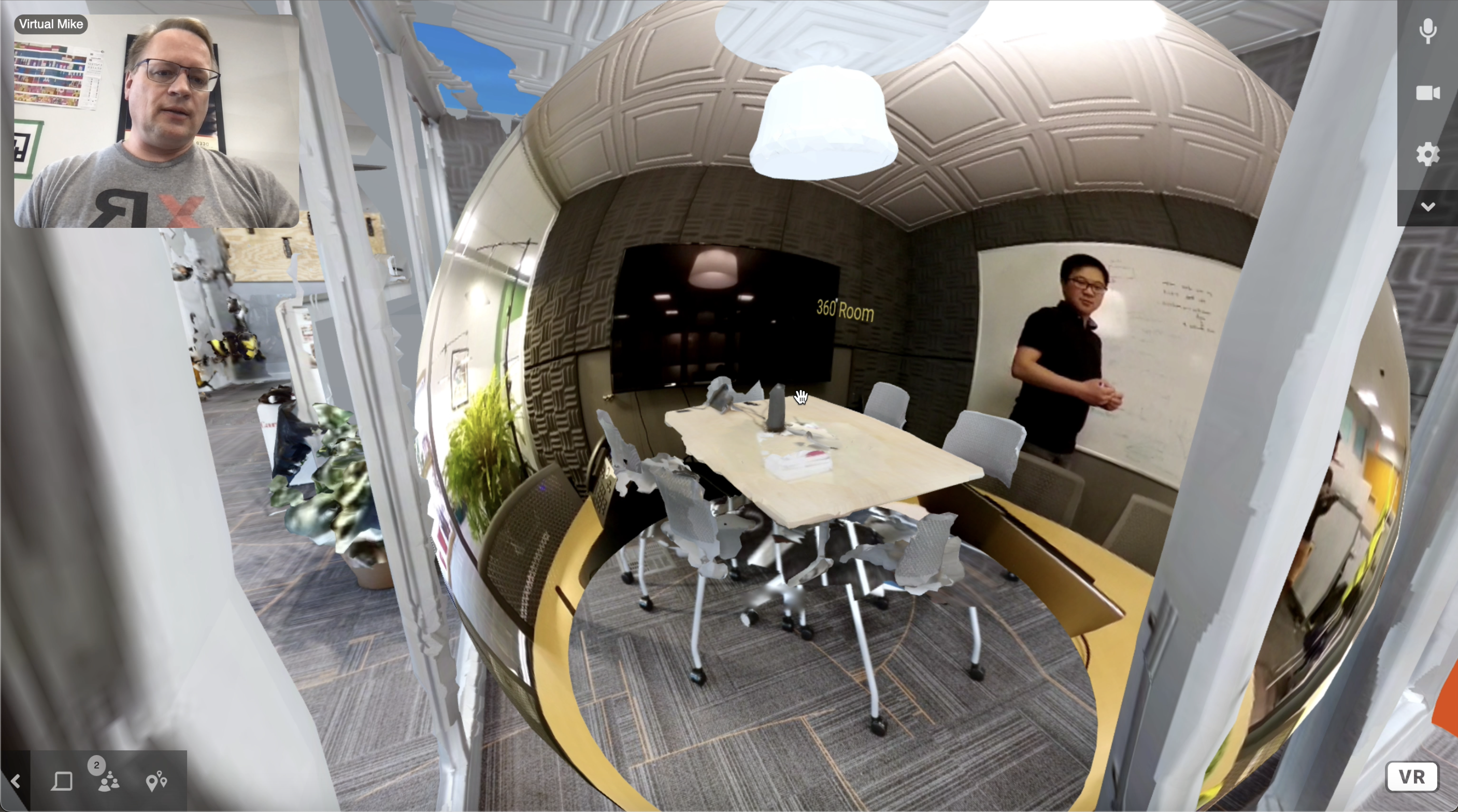 Repeat the instructions for Setup Digital Twin Single Panoramic Room, just make sure you give each camera a different Display Name and make sure each videosphere object has that unique Display Name in it’s jitsi-video attribute.