The web client interface for our main ARENA instance is at https://arenaxr.org/: 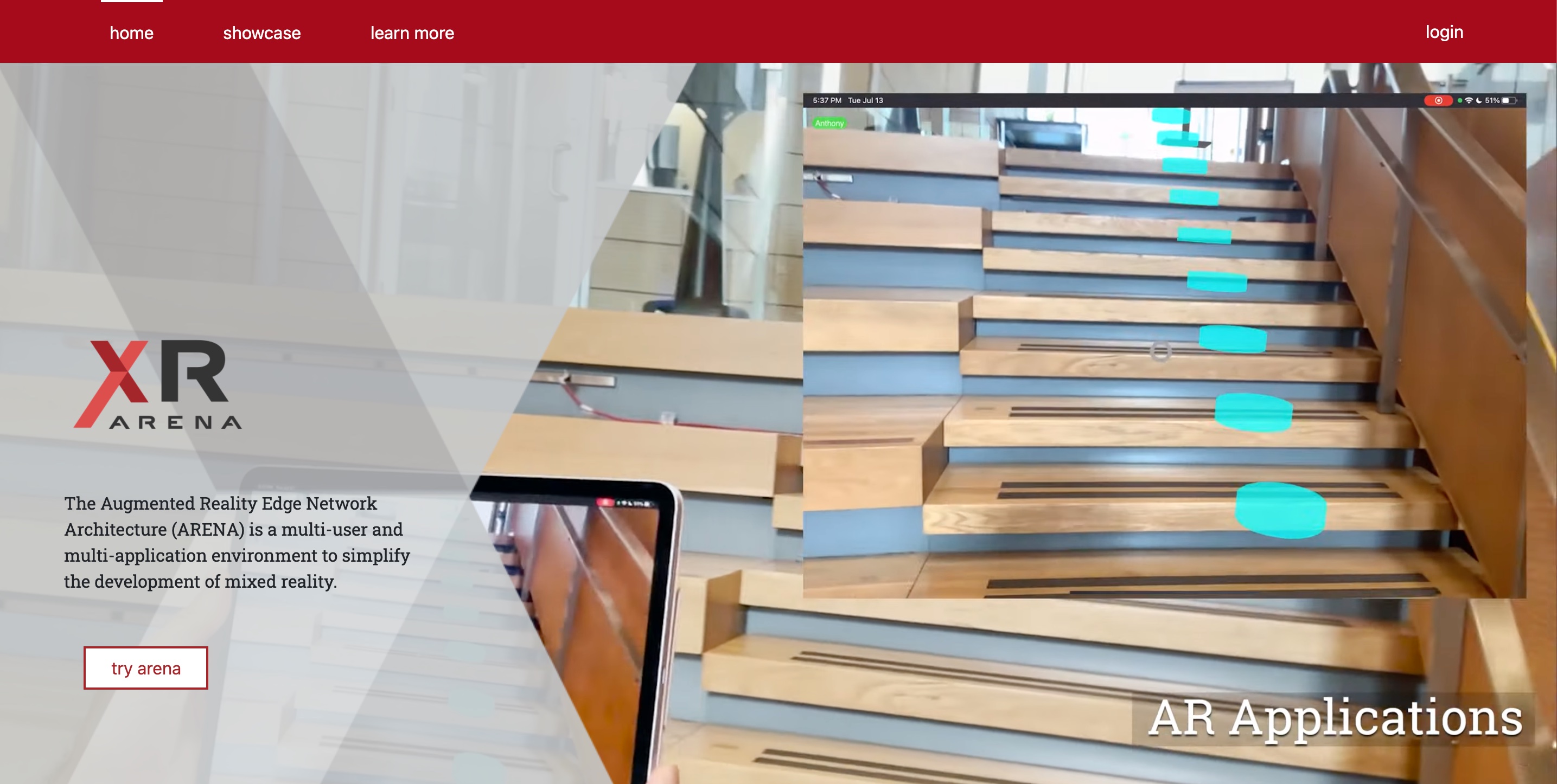 From this main entry point, there are a few relevant areas:

In addition, we can access ARENA scenes as described below.

Scenes are accessed from <namespace>/<scene>, where namespace is the ARENA user name, and scene is the name of the scene. If a namespace is not given, it will default to the public namespace. For example, the lobby scene (the scenename) of the public namespace in our main ARENA instance: can be accessed through both https://arenaxr.org/public/lobby or, omitting the namespace: https://arenaxr.org/lobby. See some example public scenes here.

We recommend the ARENA Overview as a quick introduction to ARENA and some of these areas, including on how to access scenes and edit/create them.

There are 2 basic methods of accessing the ARENA: Authenticated and Anonymous. Anonymous users are only allowed to participate in video conferencing as observers of the ARENA. Authenticated users however, also have the opportunity to create and edit ARENA 3D scenes and run programs in the ARENA.

Follow the table of contents below to see more about the ARENA Web Frontend.