Here are some notes to help you convert GLTF models used in the ARENA.

Sketchfab GLTF models don’t always come in convenient single .glb files. Sometimes they consist of a main .gltf file that refers to several textures and other files in a textures/ folder and .glb file. And to make matters worse, the default name is scene.gltf. But if you put everything from the download into a folder of it’s own, you can keep it separate from other scene.gltf files, and they will find the right files through relative paths. For example

Getting from SketchUp to GLTF is a bit of an adventure:

Dimension doesn’t seem to edit these models well, so if you want to patch up some textures, it’s recommended to do that in SketchUp first, then saving a copy, using Dimension to convert to GLTF.

For Adobe Dimension, the general conversion steps are:

ARENA automatically collects GLTF model metadata to be displayed in the scene credits, accessible from Settings->Scene Credits. Checkout the credits for a scene created with these Spinosaurus and Jurassic Park Gate models:

Please make sure your GLTF files contain metadata to credit authors as explained below.

The ARENA looks for authorship metadata in the format used by Sketchfab, and models downloaded from Sketchfab will have such metadata. For example:

You can always use a text editor to open your GLTF file and search/add the above metadata. It must be inside the asset mandatory property.

If creating models in Blender, you can add this metadata as Scene custom properties: 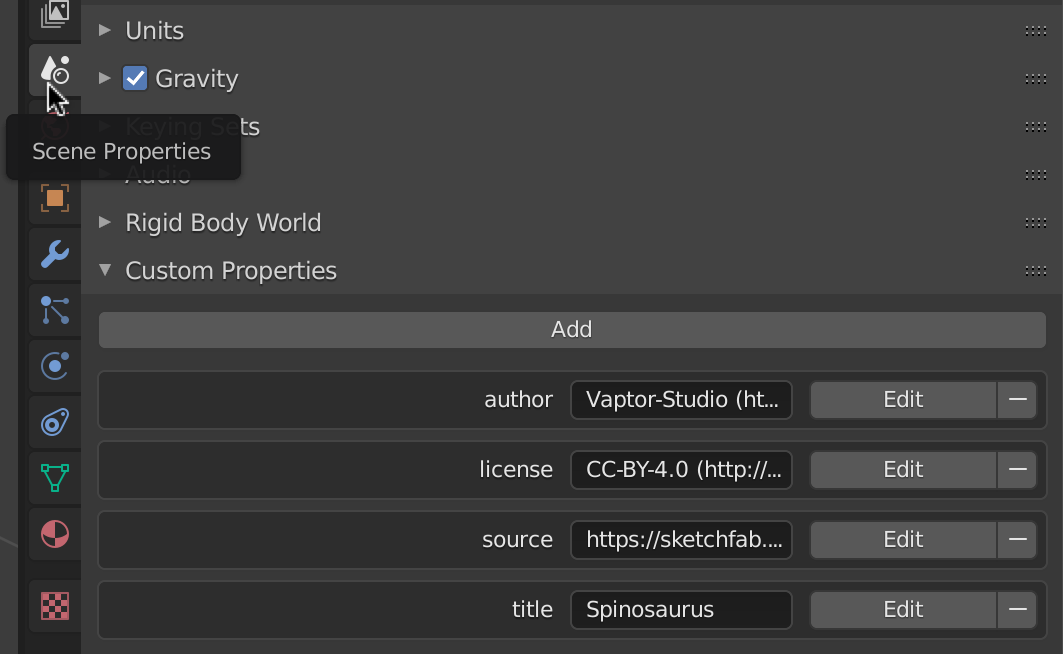 When exporting the GLTF model in Blender (File->Export), check ‘Custom Properties’ in the data to include in the export: 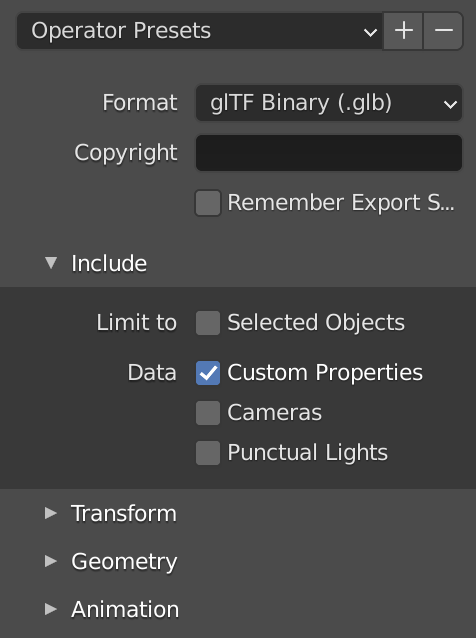 Metadata exported from blender will be included in the GLTF file in the scene.extras property. Don’t worry; ARENA will look for its existence and use it.

Detailed GLTF models and textures can often have significant resource and visual load.

For a given object, you can use a lower fidelity version or stand-in until a user is within a specified distance, at which point the gltf source is swapped out for a more detailed version. 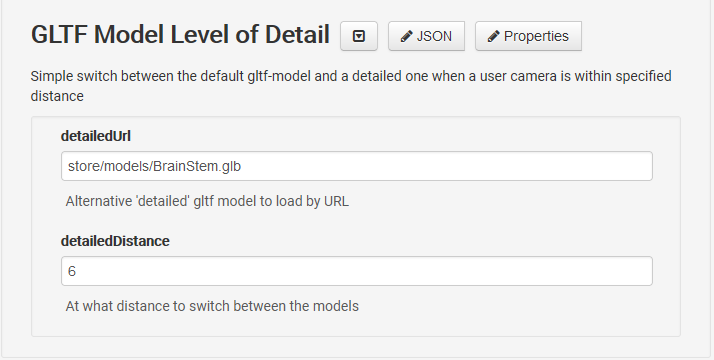 Set the detailedUrl parameter to that of the corresponding detailed model, and choose a desired detailedDistance to switch between the models.

The Chronos GLTF sample models are available on the ARENA main (andrew.andrew.cmu.edu) server, accessible from the store/models/<model-filename.glb> path: